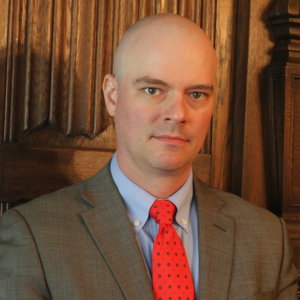 Attorney and Counselor at Law

In 2003, Attorney Harmon relocated to the Old South to attend law school at the University of Memphis in Memphis, TN. While in law school, he gained a deeper appreciation for helping those with legal needs while advocating as a student attorney at Memphis Area Legal Services and helping the working class as an extern with the Memphis Branch of the National Labor Relations Board.

After graduating with his Juris Doctorate degree, Attorney Harmon began a Judicial Clerkship with the Court of Common Pleas of the 55th Judicial District in Coudersport, Pennsylvania. As a judicial clerk, Mr. Harmon gained valuable experience working within the criminal justice system and was a member of the Potter County Criminal Justice Advisory Board. He further gained significant experience in aiding in the adjudication in all manner of cases ranging from DUI to capital offenses, and has aided the Judiciary in death penalty appeals.

In his spare time, Attorney Harmon enjoys running, reading literature and watching independent films. He is an avid fan of the Pittsburgh Pirates, Denver Broncos and Penn State Football. He is an animal lover and has a passion for 70’s and 80’s rock music.